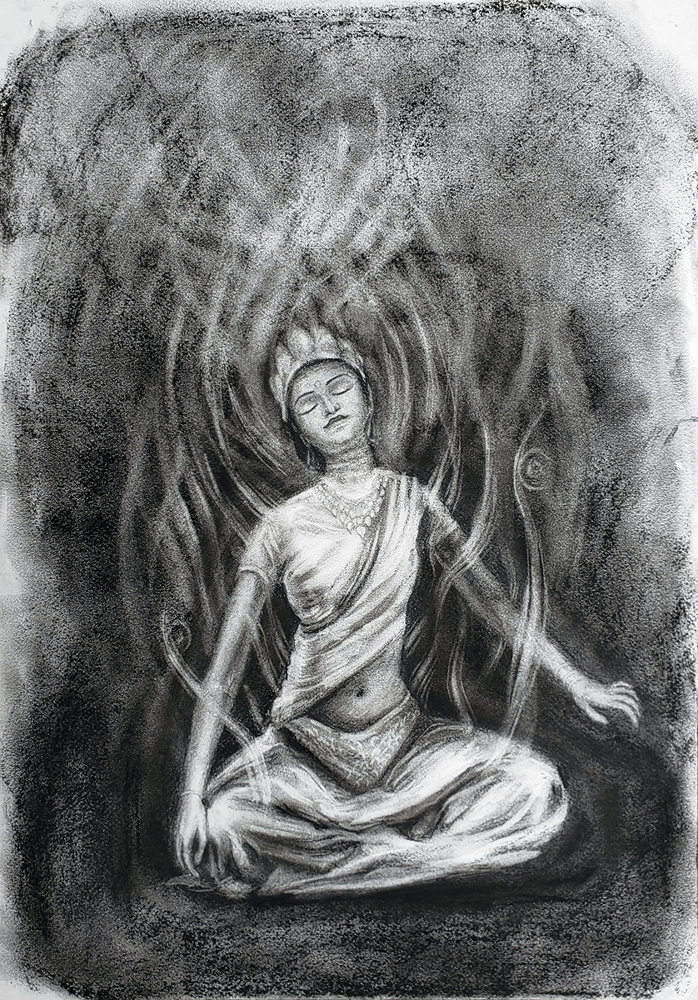 Sati was a Hindu goddess and the first wife of Shiva, the creator, protector, and transformer of the universe. She is depicted here, self-immolating out of the rage she experienced due to the disrespect of her father towards herself and her marriage to her beloved Shiva. Sati then reincarnated as Parvati to a father who respected Shiva. When she was of age, she sought Shiva out, married him and became his equal complementary partner.

Free shipping to the lower 48 US states.